In France, as I suppose everywhere else in the North, January is a quiet month. Many businesses are closed  up to take their annual congé, now that they have quiet days. The days are long and grey and cold. A highlight of January is la galette des rois(cake of the kings). Epiphany.  On the twelfth day. 6 January.  Although we start eating la galette already on 1 January and the boulangeries are happy to provide les galettes right through the month of January.

A recipe from the book Pâtisseries maison, by Florence Edelmann.

Traditionally a galette was shared around the table, with the youngest  sitting under the table calling the name of each recipient of a slice. That would make the game fair in hoping for the féve(fava bean, but nowadays a trinket). The person finding the féve in his slice, would be king, wear the paper crown and provide the next galette on the table.

The boulangeries bake extraordinary galettes, much better than I could do. So I am happy to buy my galette at the corner up in Montlouis at Aux pains gourmands. The traditoinal galette  was a filling of crème d’amande, which is a mixture of ground almonds , sugar, butter and egg. Modern day finds the galette with a variety of fillings, from frangipane(sort of crème pâtissière with creamed butter and sugar and added almonds, flour and eggs), raspberry to apple to chocolate and more.

Along with the galette des rois come the thoughts and reflections of what to do with this new year. Personal goals and dreams. As for myself, I always feel a bit lost in early January.

With December and family gone and the days cold and grey, I fiddle around, searching for the start-off to take on my goals . It takes me a while to really get going and start moving in a definite direction. But I know time will push me out of the starting blocks soon…hopefully…

So in the meantime, while trusting in patient old Mr. Time, let’s put on our boots and stroll the garden(and the Loire)to find some January greenery for the house. A dried branch. A twig. A branch of bayleaf .

Maybe some rearranging of paintings and prints…moving those upstairs, down and others upstairs. A change is good for inspiration. 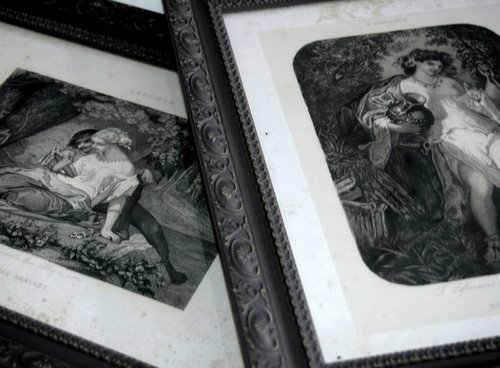 The bookshelves can do with some organising too and don’t forget the cleaning closet. I pride myself on a neat and organized cleaning cupboard, but after a houseful of people, even the most tidiest corner can be turned upside down. 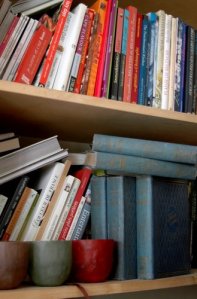 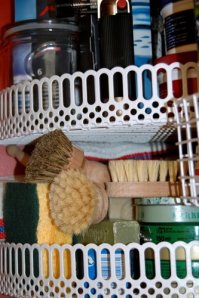 Let’s not forget the rearranging and sorting of clothes, linen and adding fresh sachets to the linen cupboards, cleaning out read and unused magazines, freshen up the pantry, oil the wooden cutboards, remove containers with left overs from the fridge and stock  with fresh vegetables , clean out your desk, find a place for all those Christmas cards, reflect on the finances, put a lock on your purse….in short, a lot can be done whilst waiting for inspiration or rather, for Time  to push you off the starting blocks. 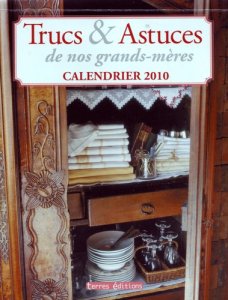 A branch of parsley added to deep frying oil, will soften the heavy smell of fried food.

20 thoughts on “La galette des rois and a slow start.”