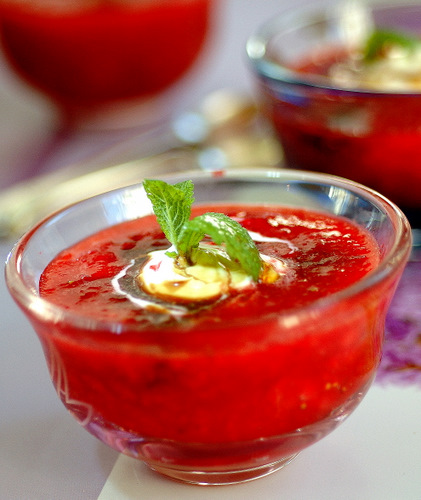 25 thoughts on “Strawberry soup with balsamic and the red tulip.”