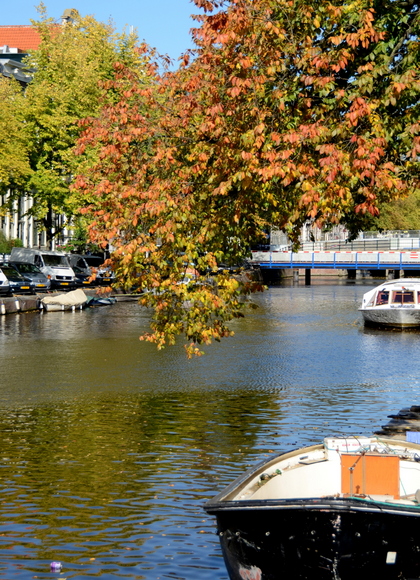 Once again, a great time spent on my feet. This time round I spent my days leisurely strolling around. Gone are the days I fly on my feet and hyperventilate to catch all museum doors open. Now I simply enjoy the different culture which I find myself in for a few days, the different lifestyle and the habits of the pedestrian passing me by, and I fall in with each moment as it presents itself. And I still have a lot of fun..like getting lost.

I thought I knew Amsterdam by now, but I got so lost this time I almost ended up in Antwerpen! I walked for 2 hours before admitting I am lost and then spent almost another 2 to get out of my predicament and to some familiar ground. I have a good sense of direction(usually) and very  rarely use a map and I have (usually) some great experiences with getting a bit  lost. Unfortunately this wasn’t one of those occasions where one falls upon treasures on your lost road, on the contrary, it was a bit challenging. Maybe because it started getting dark and the streets I wandered started getting empty, or maybe because I saw so many black dogs lying outside the doors, or could it be the barred doors and windows I passed? With a dead phone battery and a very fertile imagination I continued walking. When I saw a young woman with a black Doberman on a leash, I decided this was my saving line..I followed her, not having the slightest idea where she was going, but I hoped if something happened, maybe she would unleash that black dog. I also had the good hope that she would get me to a less scarier corner. It worked.  Following her brought me back to where I could at least see the church tower and I started breathing easier again.

By that time, my feet burned from wearing winter shoes my feet aren’t used to yet, I was hungry and thirsty and exhausted from visualizing the end of my life. A tiny Turkish eating corner and its beautiful young owner with her long dark black hair came to my rescue. I plonked my tired body into one of her chairs and ordered a chicken tajine with yellow rice and dried fruits and beetroot and a large glass of mint tea. That was the best meal I’ve ever had and I could see a future ahead of me again!

So, in commemoration of that wonderful reviving tajine, here is my version of it…delicious if I may say so myself..or maybe it lies in the memory.. 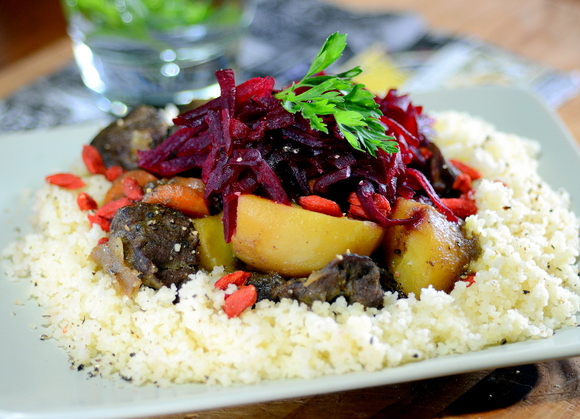 Everybody knows Amsterdam for its tulips and canals and of course bicycles. And so, like all tourists, I also took some typical touristy shots, depicting Amsterdam in its daily habit. Of course there is much more to a buzzing city like Amsterdam apart from its colorful dress code. There is its poverty and illness, its age and constructional city problems, the crime and simply mean people, as I’ve had the misfortune of discovering.

..My soup bench and the surprise element..

But there is also the surprise element like when I was taken aback by a young man, staggering towards me and my soup on a bench(above). With a half empty bottle in his one hand and a full one in the other, he asked me in Dutch for a cigarette; I shook my head and pulled up my shoulders, suggesting I don’t understand. He switched to English and again I shrugged my shoulders. Being convinced he would understand no word of French, I answered him and satisfied with myself, I turned my attention to my soup. In perfect French, he addressed me again and even paid me an askew compliment, while holding out his hand to me in greeting.  I almost swallowed my soup cup. What are the odds of a street bum speaking 3 languages fluently? Of course I had to take his sweaty hand in acknowledgement of him checkmating me in my own game.

I frequently stopped r for so,something to drink, which would be either a coffee or freshly squeezed orange juice. And it hit me how the little coffee shops differ so immensely from ours here in France. It could be anything from only one tiny table to a single wooden bench or a row of cushions. This is  what I wanted to capture.

..Greenwoods, with everything and anything..

..Cushions and blankies at Kaldi.. 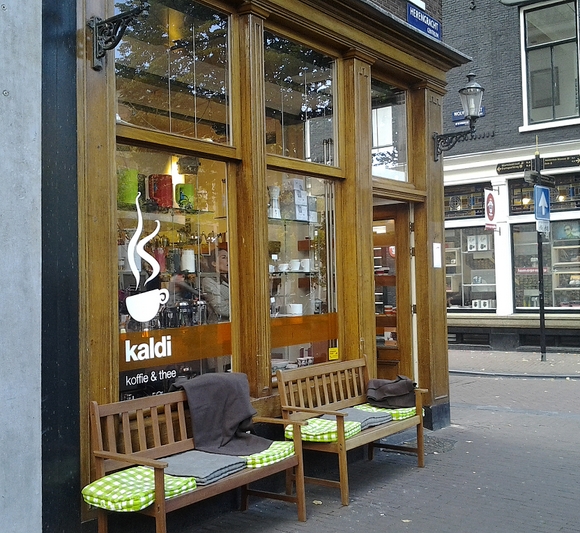 ..So many, many more coffee shops to choose from..

I skipped on museums this time, but I visited many an art gallery..some highly expensive, some interesting and some plain boring. But there is sure something for everyone. And with capturing a little of the art here in Amsterdam, I couldn’t resist being a little kitschy in introducing a bicycle sweeping by in front of my lens…now that was fun! 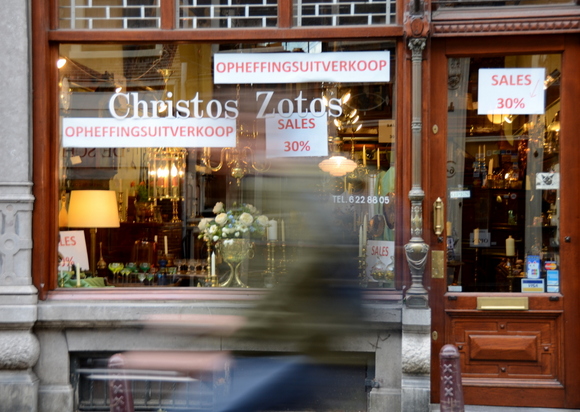 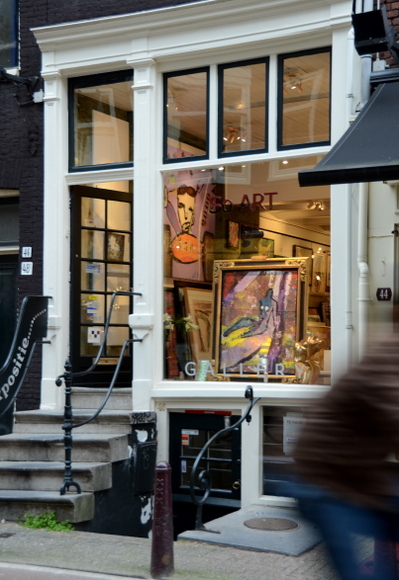 Of course Amsterdam isn’t Amsterdam without its bulbs. I carried somewhat heavy on my plastic bag all the way back to Coin Perdu, where they await their planting. Bulbs, bulbs and bulbs..will they grow? 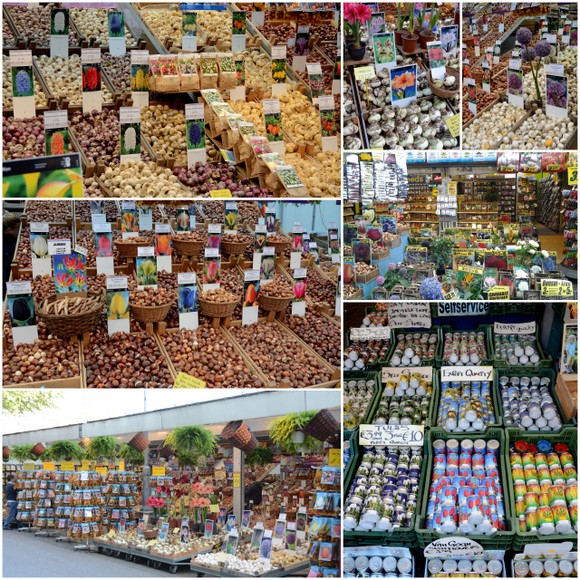 Too soon I had to say goodbye to my new friends and head back home. But there is always the prospect of seeing them again..I wonder what experiences will await me then..

9 thoughts on “Autumn in Amsterdam..and a lamb tajine.”